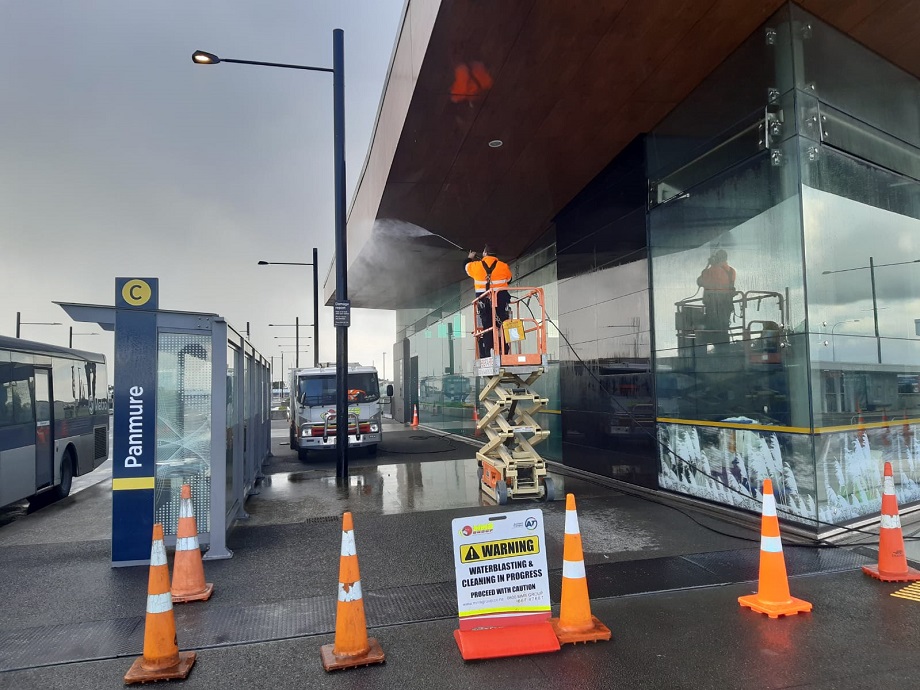 Warning: count(): Parameter must be an array or an object that implements Countable in /home/customer/www/mmsgroup.net.au/public_html/wp-content/themes/fixology/inc/tools.php on line 90

Auckland Transport contacted MMS Group with the hope to make use of the Eastern Line Closure planned by KiwiRail. The aim was for MMS Group to undertake a full track clean of the eastern line along with a complete deep clean of Panmure Train Station.

Our team in Auckland got straight to work and with good planning and communication between MMS and KiwiRail, and we were able to get our Detail Cleaning Crews and Equipment to work immediately.

Starting with the Eastern Line Track Clean, MMS Group completed 10 Stations along the Eastern Line, collecting all litter and rubbish thrown onto the rail tracks. It was amusing to see the amount of rubbish collected and is something we as a team will be working with alongside Auckland Transport to see how we as a wider community can address the problem we have which is that of littering and illegal dumping. Over 300 bags of rubbish were removed from the Eastern Line. An astonishing and alarming amount of rubbish collecting with the rail corridor annually.

Moving to Panmure Train Station, a crew of 6 staff with boom lifts, scissor lifts and all the height gear needed had got their hands dirty getting stuck into every nook and cranny of the station and its perimeter. Using Non-Potable water, our team undertook a complete washdown of all structures both internally and externally which included that of an abseil across the rail line to clean the glass windows overlooking the rail platforms. Yet again, astonished by the amount of build-up generated over time, hard work paid off and the station is looking great.

Thank you to Auckland Transport and the Facilities Team for making this happen. Through tough times we have come together and delivered a good outcome for the facility and the community.